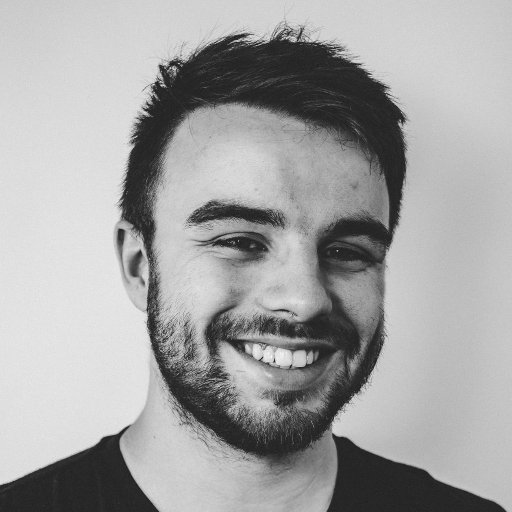 www.danielbenjones.com/. Danny is a Manchester-based audio creative. We’ve worked with him for the past year and love what he’s doing. Here, we found out what an audio creative does, and learn a few tricks of the trade!

Tell me about your job title.

I’m an audio creative – I’ve deliberately gone for an all-encompassing name for my role so I’ve not limited myself with what I can do, and can have more options.

Tell me in five words what you do!

I create soundscapes for visuals. Generally speaking, when you watch something, around 75% of what you hear will have been added afterwards. Depending on the project, I’ll create these soundscapes by combining sound effects which have been made using props with field recordings and musical composition.

What does a typical day look like for you?

A typical day for me is definitely more unusual than most. I could be composing music, or I could be recording something as simple as placing a cup on a table, or something ridiculous like attacking a watermelon with a hammer for a fight scene.

Why are sound effects so important in a video?

The sound in a video is so important as it helps give visuals life. I particularly enjoy focusing on everyday sounds -Foley art- recreating sounds you already know. Foley (named after sound-effects artist Jack Foley) is the term given to the creation of everyday sounds, which are added to media, such as film or video, to provide a better quality of audio. It’s strange because the skill is to be as unnoticeable as possible.

Let’s imagine we have a 30 second clip of a cafe scene. We have people drinking coffee and queuing at the counter. How long would it take you to add the sound effects (SFX) to that clip?

It depends how complicated the scene is and what sound is required. If the video is focusing in on one person and they’re not moving a lot, it might not take very long.. But if there are a lot of people and there’s a lot of movement, it could take up to a day to source or create the sounds and add them to the video.

Do you have a bank of sounds?

I do have pre-recorded sounds, yes, so there may be several recordings of the same action, but it’s quite difficult to do as those sounds tend to be specific to a character. Everyone has their own little quirks and ways of doing things, so the sounds will be different for each person.

How do you create those sounds?

A lot of the time, I’ll record the things that you actually see in the video, so, for example, if the video shows a visual of someone cooking or in a cafe, we’ll probably record the action you can see. However, sometimes there are things that you have to create, such as birds’ wings flapping.

A lot of this is done through trial and error, although there are some tricks of the trade, such as using leather gloves to mimic the sound of birds flapping and then adding a feather duster. One of my favourites is for dog paws, where I’ll add paper clips to the end of gloves. Other common tricks of the trade are to recreate the sound of a horse’s hooves using coconut shells, or for cocking a gun, I’ll use a door lock.

If I need to mimic a sound, I’ll search out items which have similar textures and therefore will make a similar sound. I love wandering around markets and second-hand shops. I’m a shop-owner’s worst nightmare because I’ll be touching things and checking what noise they make. I’m also the sort of person who will get more distracted by the sound of something than the sight, so will stop when I hear a noise and try to find out where it’s coming from and what made it. I find I identify places by the way they sound more than the way they look. My favourite sounds tend to be those that occur in nature.

How did you get into this field of work?

I went to university to study music production. I’m a percussionist and play the drums. I worked on compositions and then one of our units was based on working alongside animations, which I loved and realised I really wanted to do more of.

I think having been a drummer or someone who plays a percussion instrument really helps as having a strong sense of rhythm helps with being able to add sound. Dancers also make really good Foley artists, again, because of that sense of rhythm. There’s also that keen eye for detail.

Let’s talk about radio shows for a moment.

Though it’s not as common now, soundscapes can still be performed live either by triggering sounds from a controller or by employing Foley artists and/or percussionists to perform live as a show is being recorded. For example, on The Archers, a Foley artist performs live with the actors, but more sounds are added in post-production to flesh out the soundscape.

One of my favourite shows is a podcast called Radiolab which is a very SFX-heavy documentary on politics, science, history and philosophical thoughts.

Tell me about the process you go through when a video is sent to you.

Generally, the client will have a rough idea about what sounds may work. I’ll often get sent sound lists and temp tracks to give me a rough idea of what the final product should be, but working with Gradino, I was given more free rein to find the right soundtrack.

Do you have a favourite type of project?

My favourite type of project is animation. An animation is like a blank canvas. It gives me the opportunity to create an entire sound world from scratch.